…so will Beer Gardens be the next outdoor trend? 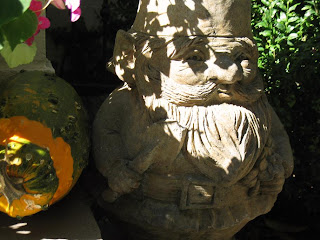 First there were wooden decks, outdoor kitchens, and screened porches with massive stone fireplaces.  Like interior rooms, exterior spaces evolve in style and function.  Because of a recent project, I think that the BEER GARDEN may be the next HUGE outdoor trend.
A client very special to me was looking for a shady spot where he could enjoy his favorite beverage, draft beer, on lovely days.  His wife presented him with a wonderful birthday present – an outdoor “kegerator” – a refrigerator which houses a beer keg that is dispensed by a draft pull tap.  Now, he just needed the Beer Garden where he could sit and sip his favorite brew!
Luckily, the kegerator was housed in a niche created under the carriage house stairwell adjacent to a shaded area of the existing lawn - which was patchy and never grew well due to the lack of light.  So, with flagstone left over from another home project, we set out to create an authentic Biergarten for him.
Here is our “before” picture taken Spring 2011: 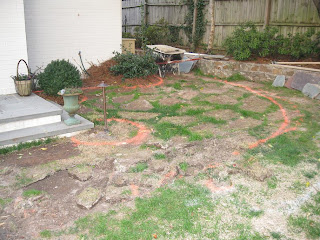 The bones of the garden were already there with a neighboring wooden privacy fence,  low flagstone wall, the brick carriage house, and evergreen cherry laurels which had grown to tower over the area.  Plus, a copper wall fountain nearby added the tranquil sound of trickling water. With a bit of tweaking, this could be just the perfect spot for his haven!
You might wonder… what is a Biergarten? The Biergarten is a Bavarian invention developed in the mid-19th century around the city of Munich during the reign of King Ludwig I.  Beers were cold-fermented, so brewing was only possible during winter. But, people wanted to enjoy a cool beer in the summer months, too!  So, breweries dug cellars into the river bank, covered the bank with gravel or stone and planted trees to provide shade. As you can imagine, it was a natural step for the breweries to realize how brilliant it would be to set up simple tables and benches among the trees and create a shaded "beer garden" for their patrons to enjoy their brew.
Characteristics of the beer garden include:
* My neighbors who just returned from Munich, Germany told me that Biergartens do have umbrellas now to advertise the types of beer offered.  However, the trees are definitely there, too!

Now, back to my client…


We removed the sod and dry laid a flagstone patio in keeping with the natural features of the beer garden. Then, we created a planting border around the patio which included:
Boxwoods – Evergreen and classic! 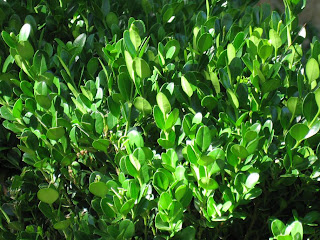 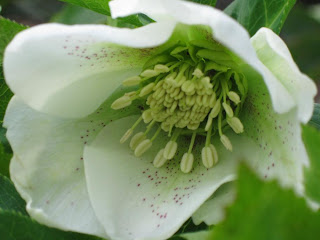 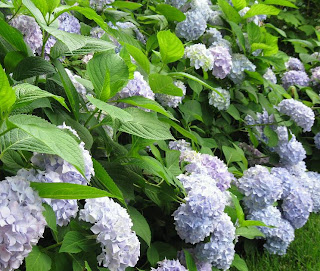 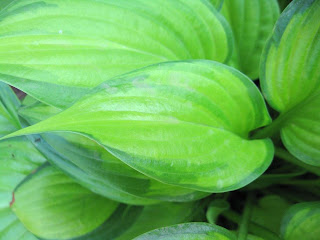 We framed the corner of the carriage house with a Mary Nell Holly, which is evergreen, tough and has an abundant crop of red winter berries. Creeping Fig, a clinging vine that likes the shade, was planted to cover and soften the carriage house brick wall. 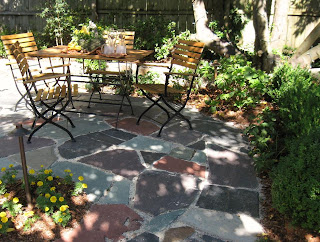 To complete the existing background theme, we added more Formosa Azaleas behind the stone wall in front of the privacy fence.  A Japanese Maple was planted to give some fall color and interest.
Color was introduced in planters and one flower bed which abuts the carriage house stairs.  Small, soft lighting wraps the cherry laurel trunks while copper path lights illuminate key footpath points on the patio and walk.  Lastly, we added the whimsical Beer Gnome, who stands guard to the iron gate which secures the kegerator when not in use. 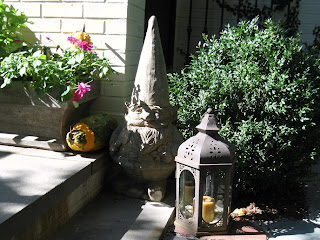 I think the client was very pleased with his new space and thanks to the leftover flagstone, I was able to deliver an economical solution to his quest for the perfect beer drinking venue!


Let me know if I can help you design YOUR BEER GARDEN!  Like I said, I feel like it might be the NEXT BIG outdoor “must have”!
Your husband or boyfriend might have a Man Cave, but don’t you think he should have a Beer Garden, too? 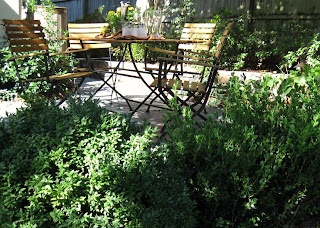 Contact me maternatura.designs@gmail.com
or find me on Facebook!
Photos courtesy of
Mater Natura Designs
mother nature garden designs
Posted by Hilary at 1:56 PM

Promote Your Page Too

Hilary
Birmingham, Alabama
My primary objective is to assist clients with garden design and be a constant for them during the transition period of installation. Another purpose is to guide the design process and assist in the selection and placement of trees, shrubs, flowers and hardscapes to allow the homeowner maximum enjoyment of their property.